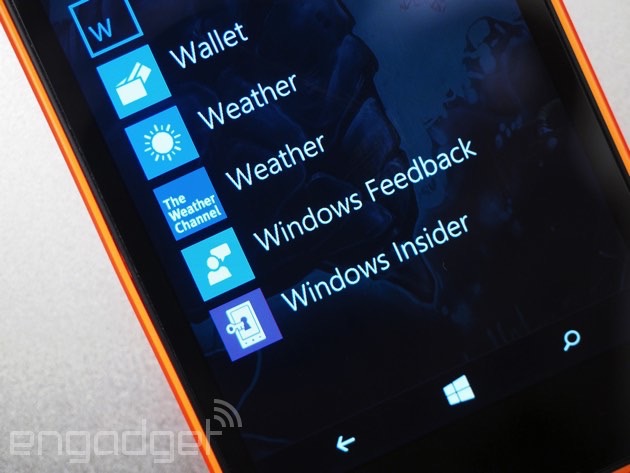 If you’ve been itching to try out a technical preview version of Windows 10 on your phone but didn’t have a device on the short list, then we have good news. Microsoft just released a list of devices that it expects to support in the next “flight” and it includes additional Lumia models like the 1020, 1320, 1520, 920, Icon and so on (the list is after the break — it does not include the Lumia 930). It will be at least a week until the next update rolls out, but there’s no specific date promised, and the list of supported devices could change.

Until now, differences in partition sizes had kept the Windows 10 testing to just a few devices, but Windows Insider manager Gabriel Aul says that the “partition stitching” code needed to support more devices is finally ready. If you have a Lumia devices, then a taste of the next big update is close at hand, until it arrives take a look at our early experiences here.

Source: The Windows 10 preview will work on more phones soon.